I had the pleasure of attending my very first Gamification Hackathon, ‘Gamify it!’, organized by Deutsche Gesellschaft für Internationale Zusammenarbeit (GIZ) in partnership with iceaddis and eLearning Africa to support the event through documentation, shooting videos and capturing photos. The four-day event (17 and 20 May) took place at iceaddis and African Union headquarters in Addis Ababa, Ethiopia.

This event has brought more than 30 young and talented individuals from all over Africa working in various fields including programmers, designers, problem solvers, and subject matter experts covering issues in sustainable development.

The objective of this Hackathon is to develop applications that can change Africa by the use of game thinking and game mechanics in a non-game contexts, in this case to trigger sustainable changes in social systems.

Before we proceed, let me take a moment to explain some of the peculiar words:

Gamification – Is the use of games to engage and motivate people to achieve their goals. Through this people can learn new skills or concepts in a fun and interactive way.

Hackathon – Is a gathering where programmers collaboratively write an application in an extreme manner over a short period of time while working on a particular project.

What happened in iceaddis?

On the first day of the Hackathon, participants were grouped into 5 teams, during the course of the day, they worked on identifying the problem they were going to address, how they would tackle this problem as well as assigning roles to the different team members.

Day two of the hackathon was time for the groundwork exercise done on day one to be turned into usable applications. Presentations on the agile development strategy were presented before the teams where then dispatched to start building their ideas that will be presented to a panel of judges—the presentations were held at the Africa Union building on day three as this was also the opening day of the eLearning Africa Conference. 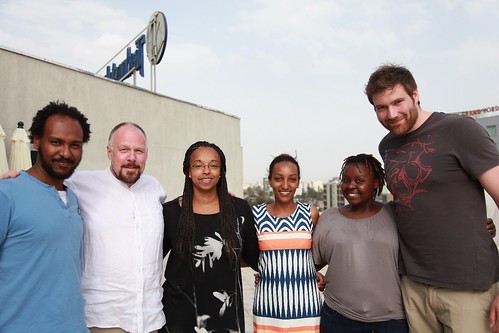 Among all the applications developed, the innovation that got my attention was ‘AfriOne’. The objective of the project is to ‘fight Tribalism’—it aims in fighting tribalism by providing a platform where people can learn about different cultures as well as share about their own cultures using a gamified virtual 3D avatar in a real-world environment.

Unity is a cross-platform game engine developed by Unity Technologies and used to develop video games for PC, consoles, mobile devices and websites.

Unity3D: It helps us create our own 3D games for the iPhone, iPad, and PC using the powerful Unity Game Engine.

JavaScript to build their website: is a dynamic programming language. It is most commonly used as part of web browsers, whose implementations allow client-side scripts to interact with the user, control the browser, communicate asynchronously, and alter the document content that is displayed.

Appsgeyser to build mobile app for Android: is free web platform that allows converting any web content into an Android App in 2 easy steps. Built to help people to transfer their ideas into apps.

Cardboard for 3D display: Is a simple Google gadget made out of a few pieces cardboard and a couple of lenses. You slide a smartphone in, and just like that, you have a virtual reality headset. With Cardboard Expeditions, things get much more interesting. 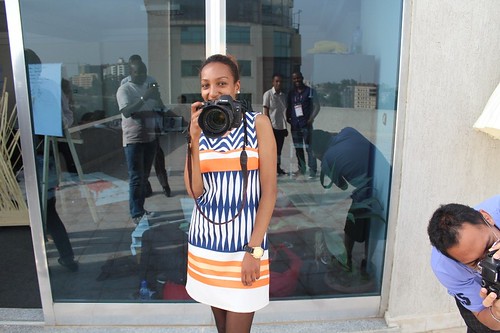 I’ve learned that Hackathon is a very effective way to kick-start development, it should not necessarily be a one-time event. I believe, there are advantages to conducting follow-on hackathons to continue the development process from basic design to actual code, creation of media, dealing with change management issues, and internal or external marketing of the resulting instructional products.

All things considered, the hackathon was a success. I loved most of the applications that the participants came up with–such as Build Better Citizen (Zega) in Amharic, Apply Design Thinking (Be the Boss) and Top Bird (Coach Young Entrepreneurs). There were also several other great designs from some very intelligent and talented young people, and the positive and collaborative spirit of the event made for a fun time.

The benefits also exceeded my expectations. In addition to interesting augmented realty apps, I connected with African technology community, made promising new contacts, learned some interesting facilitation techniques and even drew my attention to Gamification. I appreciated their teamwork, enthusiasm, collaboration and engagement which makes me think that I have to practice more back at the office. I also had a lot of fun!