Carbon sequestration, GHG emissions, NDVI, GIS…..these are some of the words that routinely fly in a conversation around my workspace. You see, I sit with subject matter specialists and that subject is  the environment. The words are perfect for scholarly publications but my raison d’etre is to put them in everyday language so that farmers, staff of non-governmental organisations, government officials and others who need to understand and possibly make decisions can have their “aha, that is what it means”, moment.

‘Putting science into use’ is now the buzz phrase and indeed it has always been the case…practically. Once upon a time, there was no useful electricity. Then in 1792, one Benjamin Franklin after much work found that electricity could be tamed and three short centuries later it is hard to imagine a world without electricity if you are a city dweller like me. Where would the world be in terms of travel if the Wright Brothers had not made their first crude plane? It is the improvement made subsequently on their crude object that has given us today’s jet and each moment one cruises above our heads, we never imagine life without it.

Why am I writing this? Because thanks to science being put into use, I don’t have to go down the hill and across the ridge to the next valley to get water for my household. I belong to the privileged few in Africa that can turn on a tap and voila! There is running water (most of the time). So I have energy to spare to, think, reflect and put my thoughts into writing because someone else improved the art of sharing by multiplying my pen…I can use this computer then put my article on a blogpost that you will read and we never need to meet!

Writing to put science into use requires the scientific innovators who spend most of their day dreaming, questioning, cross-checking and searching for yet more evidence. It also requires those light-hearted people we call cartoonists and illustrators because someone once said “a picture is worth a thousand words”. I don’t know how many words an illustration is worth but I do know it helps to break the monotony of the reading but also explains better what the words are saying. Then there is the bully editor, like me, who constantly asks “can we please say it in a simpler way”. Often this is not possible and each person waits for the previous one to complete before they move to the next step.

Here is where the ‘Writeshop’ process comes in. Have you ever thought of bringing together scientists, writers, administrators and accountants for the sole purpose of talking, understanding and writing a proposal? Or farmers, writers, extension workers, researchers, the community you work in – both literate and illiterate to write a community adaptation manual?

At a recent CGIAR knowledge and communication workshop, I learned that this process can bring together people who routinely don’t work together even though they are involved in the same things from different angles. And after stripping all the big words to their bare bones, each person can walk away with their famous elevator pitch for Bill Gates (funding) or to explain to grandma what exactly it is you do at work.

Listening to writeshops guru, Paul Mundy speaking at the workshop was, simply enlightening. Several writeshops later, I learned a different approach from Mundy. Leave with a draft of your chapter, policy brief or manual. Until then, in every writeshop I had participated in, we brainstormed, took notes and everyone went back home to write on their own. In some cases, we had disastrous results.  There were times when the draft that later came was completely different from what been discussed previously. This meant the notes had not even been used, rendering the previous writeshop a complete waste of time.

Three things I learned from Mundy: A writeshop is for writing; the quick formula involves advance preparation, writing at the writeshop and being critiqued, revisions often being done away and then publishing. Finally, it is the editors who steer the process, moving with authors to a particular direction.

Other posts from this workshop: 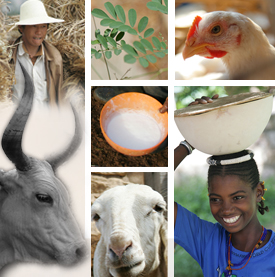